Mr. Tomoo Aoki, Chief Advisor of JICA Expert Team, presented a report on the overall progress of the project, and then Mr. Watanabe provided some explanations on some of ongoing and completed activities in the project which included parts of activities on wetland ecosystem conservation and two working groups of comprehensive ecosystem survey and zoning and land use managements as joint pilot activities. Also, Dr. Naderi, Professor of Gilan University, presented results of the mammal survey.

Dr. Zohrabi, Deputy Head of Natural Environment and Biodiversity of DOE Headquarter, pointed to the values and functions of the wetlands, such as preserving biodiversity, providing livelihood for local people, air purification, and preventing storms, said the current status of the wetlands as one of the most important indicators of the management of the catchment area, expresses the mismanagement of water resources.

He also pointed out that drying process of the wetlands is one of the consequences of misuse or over use of water resources and putting pressure on ecosystem capacity. He added: “Currently, the country’s wetlands are facing a challenge due to droughts and water crisis, and solving these challenges requires sympathetic and inter-institutional cooperation.”

He reminded that the current condition of the wetlands in the country was not created in one day, and solving these challenges is a matter of time and requires the development of a long-term program with the participation of all stakeholders. He continued that the approach of agricultural sector should be towards the sustainability of the ecosystem.

Access to scientific information was one of the most important challenges of the Caspian region in the past, which sought to overcome this problem by expanding regional cooperation.

Referring to the fact that the Tehran Convention is a legal opportunity for the cooperation of the Caspian Region, Dr. Farshchi said that the convention, which is supported by the National Fund of the Facility, determines the responsibility of the countries and the way of cooperation among them.

Meanwhile, she emphasized the need to create a network of protected areas in the Caspian Sea environment program in order to share the experience and knowledge of the countries in this regard, and emphasized that studies on biodiversity, preservation of habitats and wetlands in the region are among the information that can be shared among countries.

Speaking about the idea of having a network of wetlands in the Caspian Sea, Dr. Farshchi said: “One of the programs of the Tehran Convention on Biological Diversity, is that it can establish a good relationship with the country’s plans, including the Anzali wetland ecological management project.

Also, Dr. Hamid Goshtabs, Director General of Habitats and Environmental Protection affairs, DOE Headquarter, in the workshop, pointed out the conditions of soil erosion, population growth crisis, unbalanced distribution of resources, pollution and drought in the country, saying: preventing the destruction of areas under the management and Anzali Wetland Ecological Management Project is one of the successful project of this organization.

According to Dr. Goshtasb, the lack of coordination between governmental sections and governmental organizations is a lost loop in the management of protected areas, which has negative impact on most areas. He continued: “Wetland is bed of the catchment area, and it is necessary to manage the entire area, while there are no laws for the management of wastewater, waste, fires and other problems in the catchment area.

Dr. Bagherzadeh Karimi, Deputy head of the Habitat and Environmental Affairs, DOE Headquarter at the workshop, said that the experience and efforts of several years of joint work between Iran and Japan teams to rehabilitate the Anzali Wetland is reporting in this workshop, he claimed that “Policy of the Environmental Department Organization is ecosystem approach in wetlands and the Anzali Wetland Ecological Management Project is the most advanced and oldest project in the area of wetlands and is targeted on the ecosystem approach and has looked at the entire catchment area and has provided operational plans.

According to Dr. Bagherzadeh, currently there is a good capacity in the Anzali wetland project, and various fields, including monitoring, public participation, structuring, and coordination of organization has occurred. Referring to the fact that significant effects cannot be observed in Anzali Wetland, and this should be a topic of pathology, continued that the activities of this project have caused to have experience in the area of wetlands, which has not previously had any laws and protocols, and there is a lot of information available which hope these light experiences will be a way forward for the future.

At the end of this workshop the raised question were answered on project as well as DOE Head quarter’s activities through the question and answer panel. 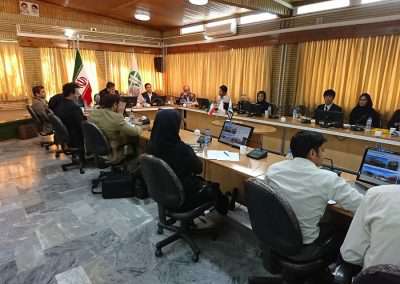 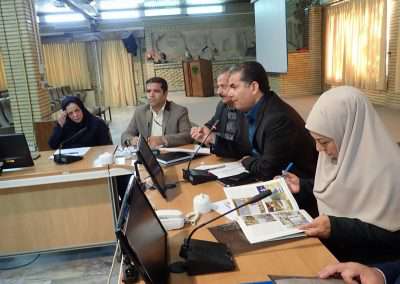 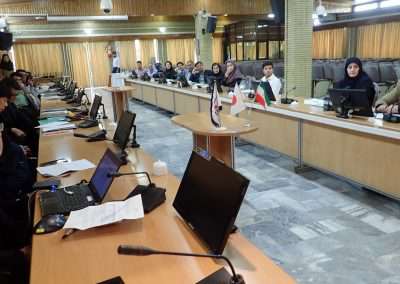 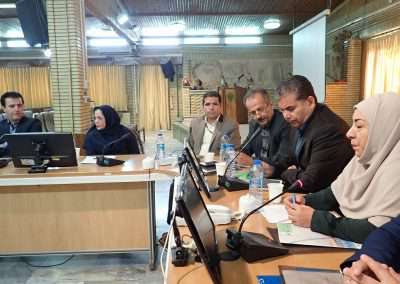 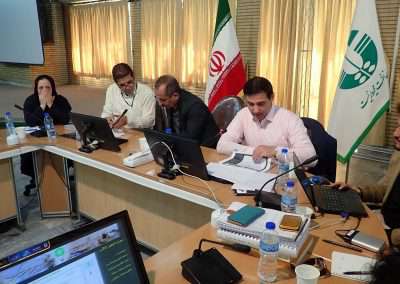 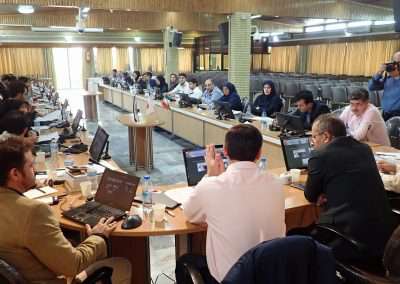 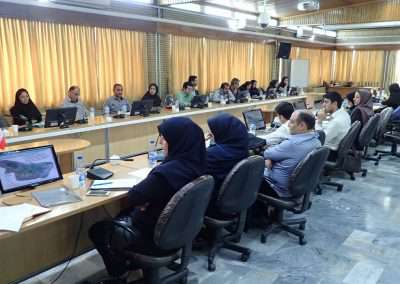 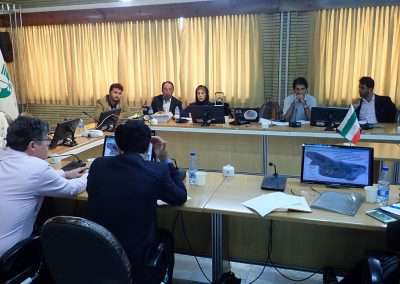 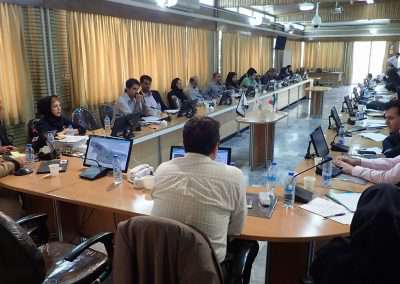 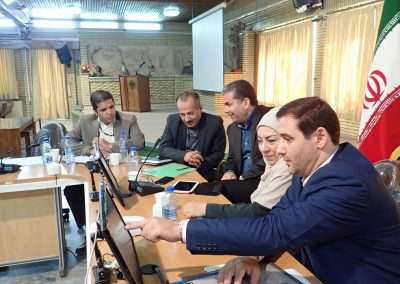